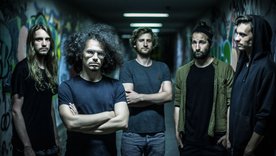 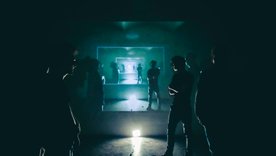 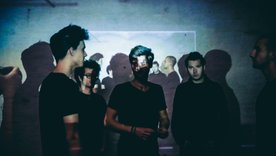 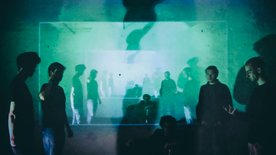 To provide a little insight into our story:

When we started this project, none of us knew where it would end up. Where it would take us, what our music would sound like 5 years down the road. When we first met and played together in a shabby rehearsal room behind a car repair shop, we were heavily influenced by Stoner Rock at that time. As we all had plenty of ideas, it didn’t take us long until we had enough material to put it on an EP.

But, understandably, every band needs a name. We knew that we wouldn’t want a name that confines our music to the Stoner Rock genre. What we wanted to create was powerful, eccentric music, regardless of the genre it might eventually end up in. You could say the search itself bared the name; after none of the names had seemed satisfying, it was a decision of last resort, the ultima ratio. And here we are.

So, in 2015, we released our self-titled debut EP. Afterwards, we noticed that our music seemed to quickly move away from Stoner Rock into more experimental and diverse approaches. We started to develop a more modern sound along with more complex songwriting, which is why we preferred an EP over an album at that time since we didn’t feel as if our music was already at a stage where we could create a coherent album. We picked five of our most stoner rock-like songs that would form a complete unit to finally have something tangible that we could publish, and perhaps also to already set sail for new waters and discover other genres.

The EP was well received, but we didn’t want to dwell on that for too long. There was lots of material left, and we knew our next big achievement would be our first album.

But before that, in the following year, we also released two Split-Singles. The first one, Mapale Split, emerged from the collaboration with the Austrian band Colours of Monochrome. The second one, Reciprocity Split, was recorded with the local band Witchrider. It was released and also distributed on Fuzzorama Records. We also had the pleasure to contribute a song to the soundtrack of an Austrian play by Zdravko Haderlap called 'Das Lächeln Gottes'.

So, after two years of playing our first concerts, gaining experience and intense rehearsing, we finally released our debut-album ‘A Thousand Shapes’ on Panta R&E Record Label, our current label with which we started working together in winter 2016. The album was produced and partly recorded in the GAB Music Factory in Vienna with the support of Georg Gabler, who has collaborated with many renowned bands such as the Austrian Rock band Mother's Cake. It also features several guest musicians who are all friends from other Austrian bands.

We like to see an album not only as a musical composition, but as a fully fledged piece of artistic work, which is why we also enjoy actively shaping our own creative works including artworks, videos and images.  Julian Jauk is particularly responsible for the conceptional and technical implementations within the band. We’ve also produced a considerable part of our music at Tonstudio Grelle Musik, founded by Werner Jauk. We benefit a lot from the studio’s equipment, which ranges from vintage to newest digital tools, which we believe is also reflected in our music.

As we’ve mentioned before, our style has changed over the years, at first developing into a rather diverse, sometimes bizarre sound and thus moving away from our beginnings as a pure Stoner Rock-band, which is reflected in our debut-album. However, since the release of ‘A Thousand Shapes’, time and experience has shifted our music towards a more straight-forward and consistent style, which ultimately resulted in the creation of ‘Dusk City’, our second album released in October 2019. However, heavy guitar riffs and powerful beats have always been a core element of our band and we’re eager to keep it that way. ‘Dusk City’ was again released on Panta R&E Record label and produced and partly recorded at the GAB Music Factory as well as Stress Studio and Tonstudio Grelle Musik.

Apart from all that work that’s happening behind the curtains having been able to get around so much has afforded us the possibility to grow immensely, both as musicians and human beings. We’ve been to lots of cities, have met many other musicians, of which many really impressed us and have become close friends, and have been lucky enough to always enjoy a great audience. Whether it’s one person or 100 people, the performance counts, and not the size of the audience, and we believe that we’ve always succeeded at that. There were also long, tough drives and rough nights, but in the end, this is what makes the experience complete.

The creation of our debut album was our first attempt to form a coherent and satisfying musical work. We are a happy with the result and it taught us a lot, and we believe that a great part of this development can now be heard on our second album. This time, we didn’t start from zero, we started with our newly gained knowledge from our first album, and the result is a musical composition that is more straight forward, filled with confidence and determination. We’ve grown and become older, more experienced, and so has our music. 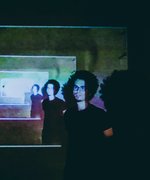 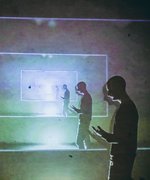 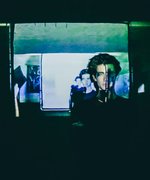 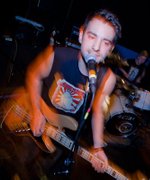 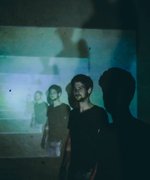 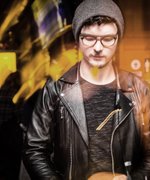 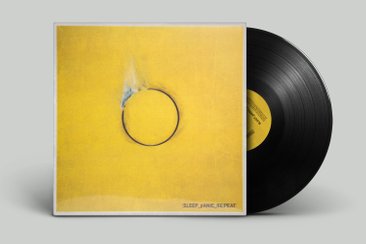 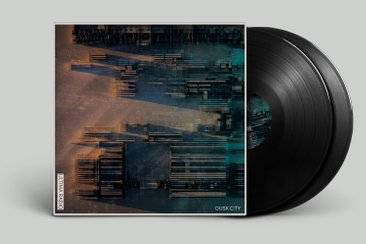 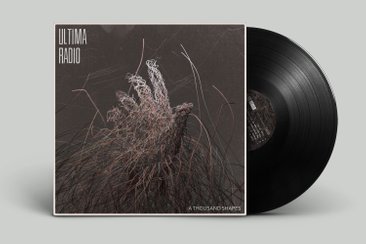 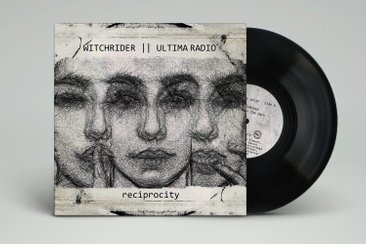 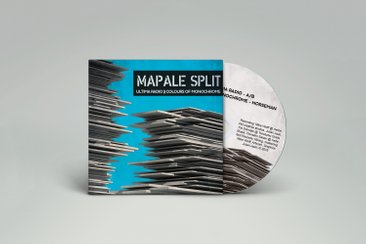 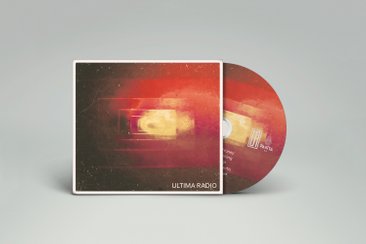 ‘Sleep Panic Repeat’ depicts a cycle of three different emotional states that are constantly reoccurring. It describes the vicious cycle that sometimes makes us spiral down into a sense of powerlessness to bring an end to that cycle. Our goal was to showcase this idea in a very minimalistic but intense way. Each one of the cycles on our vinyl covers were burned into them at the end of our Full Album Performance Video by the help of self-made fixtures on the covers that were surrounded by a filament that we heated up at the end of our last song. It was a process that was deeply connected to our music and also expressed a degree of anger and urgency to make aware of this societal development.

This artwork shows the rendered 3D model of the song ‘Dusk City’, the song that also gave the name to the album, which was created by extracting the information of a DAW file to translate it into forms and shapes. Thus, the artwork resembles a physical representation of the song. At the same time, it reminds visually of urban structures through the interplay between lighting and perspective and can thus be seen as a combination of a physical embodiment of the song and artistic work that brings life to that representation. The ultimate goal of the artwork was to create a modern, physical interpretation of how to visualize a musical piece of work.

The creation of this artwork was based on the same method – a psychedelic motive, digitally processed. The goal was the implementation of Stoner Rock and vintage elements by the use of contemporary tools to create something new. The hand stands for our motivation to reach out for something greater and is composed of by itself shapeless and random items that form a discernible entity through the deliberate combination of its parts, similar to our music that builds on various influences to generate a new mix.

The starting point for this artwork was a photomontage of three different facial expressions that should remind of numerous psychedelic covers of the 70s. The photos were computationally processed using a self-made script that transfers them into vector graphics. This is also representative of the shape of our own music: Originating somewhere in the 70s but interpreted in a contemporary and digital fashion.

Both songs on this Split are characterized by their very rough sounds and heavy riffs, so again we were looking for a good idea to transfer this into an appropriate image. On this artwork you can see both of the songs depicted as powerful and very massive blocks that are created by a self-made script that translates the songs’ wave-format into a correspondent 3D tower.  The perspective also contributes to the heaviness of the model. The cover is kept rather straight and less psychedelic to mesh with the style of the two songs.

In Stoner Rock, noise and feedback is a very frequently used element that contributes to the characterization of the music. We thought about a way to illustrate this phenomenon in order to create an artwork for our EP that is also connected to the music. The visual feedback is the result of a loop that is established between a projector and a camera that captures the projection in an endless cycle. Accordingly, we added a rather psychedelic touch to the photos.

"the sum is more than its parts"